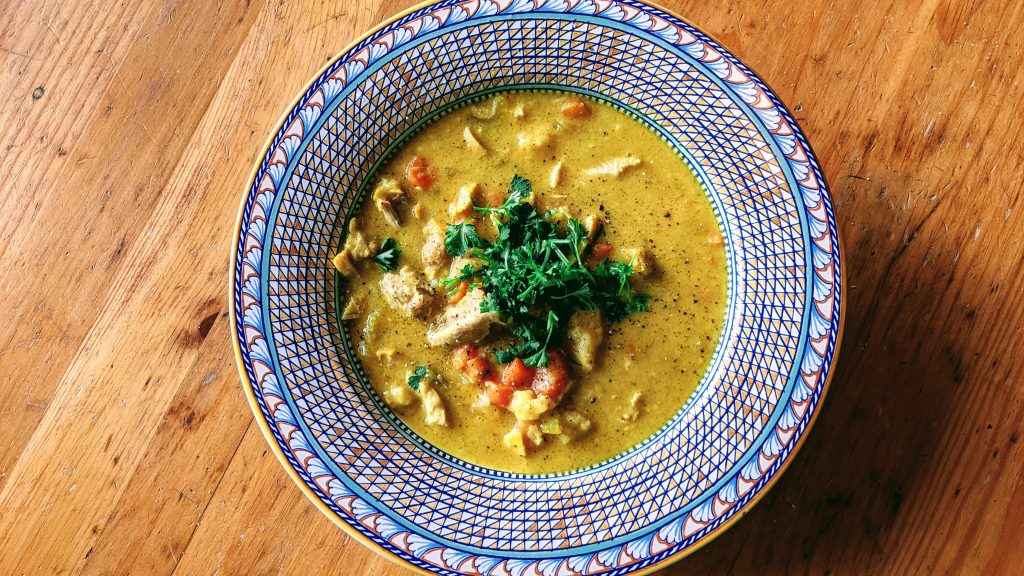 Okay, as a scientist, I have to say that the research is still inconclusive on chicken soup and colds. But there is some evidence to support this home remedy. A few studies have shown it to have a slightly increased effect on reducing snottiness and stuffiness than just hot water — or nothing at all.  It also helps to reduce the movement of immune system cells that cause inflammation, making us feel much much better. Whatever the science says, if I have a cold, it always makes me feel a little less blah. October hit and Tom and I started feeling scratchiness in our throats, and we started to worry — not the first cold of the winter season already!! So, as a psychological preventative measure, 😉 I made us this soup. I’ve tried a lot of chicken soup recipes over the years, but this one has stuck around for long enough to earn an entry in the recipe box. It’s simple but loaded with veggies and yummy dumpling comfort food goodness.